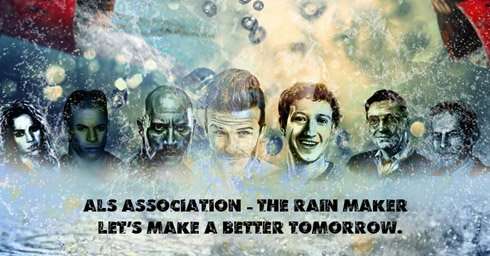 What is the ALS ice Bucket Challenge?

Challenge involves choosing between dumping a bucket of ice water on one’s head or donating to the ALS Association in the United States. The participant has to film the entire activity and complete the challenge within 24 hours of being nominated. If the participant successfully completes the challenge then he earns the right to challenge other people or he can choose to forfeit by way of a charitable financial donation.

What is ALS Association?

Established in 1985, The ALS Association is the only national non-profit organization fighting Lou Gehrig’s disease.ALS Association is leading the way in global research and doing wonders by providing assistance for people with ALS through clinical care centers.

What is amyotrophic lateral sclerosis (ALS)?

Amyotrophic Lateral Sclerosis (ALS) — in the United States it is known as Lou Gehrig’s disease—in which progressive loss of structure or function of neurons, including death of neurons occurswhich leads to inability of the brain to initiate and control muscle movement. It is characterized by muscle spasticity, rapidly progressive weakness due to muscle atrophy, difficulty in speaking, swallowing and breathing.

Origin of the Idea

A lot of speculations have been made regarding the origin of this idea. We snooped around and found, it all began on June 30, 2014 when a Golf Channel Moring show performed a live on-air ice bucket challenge. Thereafter, golfer Chris Kennedy got involved and uploaded his video on Facebook, one thing led to another and all of a sudden Pat Quinn, a 31-year-old in Yonkers, NY, was posting ice bucket challenges in an attempt to raise funds for the disease.Quinn’s Facebook network overlapped with Massachusetts resident and former Boston College baseball player Pete Frates, who has ALS and began posting about the challenge on Twitter.

Why the Video went viral?

The entire concept is intriguing enough to generate an action. The challenge requires very less resources and is fun to perform. Most importantly, the concept is spreading happiness and evokes a feeling of content in the participants by making them feel like they have contributed towards a righteous cause.

Even if you believe the concept itself is not crazy enough to go viral, you cannot decline the fact that it has been marketed superbly. It has connected with the most influential people on this planet and when such people share it on their vast Social Network it is bound to make the rounds.

3. Not limited to one Industry

The freedom that the challenge can be performed by anyone puts it exactly where it should be – The Viral League. The challenge is spreading like a wild fire as top Honchos across sectors like Technology, Sports, Films, Corporates and Politicians participateand challenge others.

Lou Gehrig’s diseaseis a subject which requires comprehensive research. The donations made will immensely help the patients to tide through the nemesis.This is the associated cause which is the key reason why the most powerful people want to join the Bandwagon.

One needs to film himself and post the video on Social Platforms within 24 hours of being nominated is the reason why ice bucket challenge went viral. Each participant nominates 3 other people which creates a multiplying effect, leading to engage millions of Internet users.

Here are some fun ice bucket challenge videos to watch

You need to upgrade your website to HTML5 and fast. Here are…
Continue reading

Can Any Inbound Linking Hurt My Ranking?