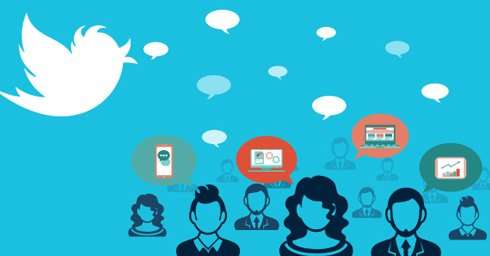 Before we jump into the nitty gritty of advertising on twitter we will like to throw in some facts for starters.

300 billion tweets are sent since the inception of Twitter
YouTube is the most followed brand with over 40 million followers
Monarch of Twitter Katy Perry has over 51 millions followers
Most retweeted tweet ever with over 800K retweets was the victory tweet of Barack Obama
Twitter is projected to make a total of $540 million in advertising revenue by 2014.

In just 8 years Twitter has become one of the most promising brand and invariably a favorite among the celebs. If twitter were to be a country it would be the Third Largest Country in the world. Just imagine the kind of potential this platform holds to transform your brand. How would you capitalize on this opportunity? Advertising you say, yes we thought so below is a quick guide which will help you setup and run your advertising campaign in no time.

Open this link in your browser https://business.twitter.com/start-advertising and answer two simple questions

Where is your business located?
What is your estimated monthly budget for digital advertising?

According to your objective select one option

Promoted Accounts are the best way to grow your audience on Twitter If your objective is to gain more followers this is the right option for you as you only pay when you add a follower via your Promoted Account.

If you already have audience but your engagement is not impressive then this is the option for you. Reach more people with your tweets and pay only when users engage — clicks on a Tweet, retweets, replies, favorites, and follows

Give your campaign a name?
When do you want to run this campaign?

Choose your primary method of targeting which are as follows:-

As the name suggests – reach people with specific interests or who are similar to followers of a specific account.
You can select interest based on your consumer traits this will optimize your campaign budget For Example: – A football manufacturer can select sports as interest.
You can also put in the @handle of twitter accounts that you think have similar followers and encash this opportunity.
For Example: – Brand X can put in [email protected] if he feels Brand Y has similar followers and he can benefit from targeting them.

This option is used when you have your own data. Existing and prospective customers who have shown interest in your brand can be targeted again on twitter to drive ROI for your business. You can create an audience based on users’ web browsing behavior, based on email addresses and other CRM data, or based on lists of Twitter IDs. Once an audience is loaded into Twitter Ads, you can select that audience to include it in a campaign.

[accordion title=”How to build your own Database” style=”style2″]

In order to build your own database you need to know who visited your website so you can target them on Twitter for this you can work with a third party who has a pre-defined audience of cookie ID’s you wish to reach, cookie ID’s can be traced from your web analytics software like Google Analytics or a simpler way is you can place the Twitter pixel on your site and re-market to all visitors.
Reach your customers who have provided you with their contact information. Like visitors who have filled in a contact us form on your website or from any other source. You can also approach a third party to build your database.

Keyword targeting allows you to reach Twitter users based on keywords in their search queries, recent Tweets, and Tweets they recently engaged with. As you can reach people for whom your message will be most relevant and top of mind in that moment, this targeting option puts you in a better position to drive engagements and as well as leads and conversions.

The idea behind integrating TV and Twitter in your marketing campaign is to create an additional touch point. You can show your promoted Tweets to people talking about specific TV shows, before, during and after a telecast. You just need to put the name of the TV show you want to target.

Once the budget is exhausted the campaign will stop running.

This can be derived by dividing total budget by number of days you want the campaign to run.

Once your daily budget is set you need to decide the maximum amount you are willing to pay per follower.

Every time your promoted account is eligible to appear an auction takes place in the background, your ad competes with other ads, maximum bid is one factor that determines your Ad is served or not. The other factor is your Quality Score. Also, your maximum bid for a Twitter Ad will not be charged when you win a Promoted Tweet or Promoted Account auction. Instead, you will only pay one penny above the second place advertiser’s quality-adjusted bid.

You need to upgrade your website to HTML5 and fast. Here are…
Continue reading

Can Any Inbound Linking Hurt My Ranking?