Is your business ready for Viral Marketing 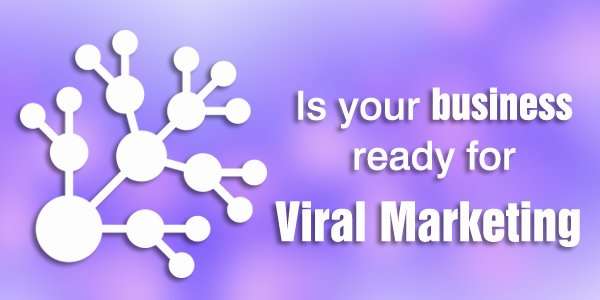 At Dharne & Company, we take inspiration from some great marketing minds. One of them is Seth Godin. As Seth Godin aptly puts it in his What is Viral Marketing? post.

Viral marketing is an idea that spreads and an idea that while it is spreading actually helps market your business or cause.

So, based on the above there are two clear elements here

1. An idea that has the potential to go viral
2. It helps carry along your business element (product or service).

For this to succeed, the first has to be built in the second.

A 3rd point which he does not elaborate on here is that for the viral to happen, you need to have a core set of strong followers, doesn’t need to be all that big. This is the tribe, a concept brought forward by Seth himself in his Tribes book.

How can you get something go Viral and effectively market your stuff?

Free email by Hotmail. First they had a great offering ‘Free email’. They had a core audience, People who wanted affordable email and they used a simple viral technique.

Each email was appended with the tagline “Get your free e-mail at Hotmail”. That got them to 12 million subscribers in 18 months.

Will it Blend was another highly successful campaign where the Blender was used to show how it can blend absolutely anything. You can read about some interesting elements of the campaign here.

If you want to get a really good understanding of the concept please go and download his free PDF on the Idea virus which itself went viral when it launched.

Why the Brochure is still important